It doesn’t seem like long ago I was preparing for my last big “A” race – the Brighton Marathon. However, the six months since then have whizzed by, and before I knew it I was standing on the start line of my big target race for the autumn – the Oxford Half Marathon. Having raced a marathon for three consecutive “seasons” I felt a bit of a break from the distance would do me good, and it gave me the opportunity to concentrate more on my shorter distance PBs, rather than running them as part of a marathon build-up where tapering is inevitably limited.

Training had gone very well. After a post-marathon lull and a brief distraction cycling over big hills in Wales I had knuckled down to another block of high mileage training. I ran over 800 miles in the 12 weeks building up to Oxford, including five weeks of over 100 miles. It was a bit of a slow start, with my fitness lower and my weight higher than before Brighton, but after a few weeks my legs started to come back to me and I was soon pumping out training runs faster than ever, as well as collecting PBs at 5K, 5 miles and 10K along the way.

When I started this block of training, I floated the idea of a sub-80 time. I knew this was an incredibly ambitious target as shaving over three minutes off your half-marathon PB when you are in the low 80s is a big ask. I thought it was a nice round target to aim for though, and was fully prepared (and almost certainly expecting) to revise the target upwards closer to the date when training gave a better idea of where I was.

Then the Worcester 10K happened and I managed to take over 1½ minutes off my 10K PB, improving to 36:12. While I knew I was in PB shape, running quite so fast was a big surprise, and also made running sub-80 a very real possibility. The Daniels calculator predicted precisely 80 minutes for the half off my 10K time, and given the mileage I had put in I knew I had the endurance to back that up. I understood hitting that goal would need a perfect race, but I was also confident that in the right conditions it was definitely possible. 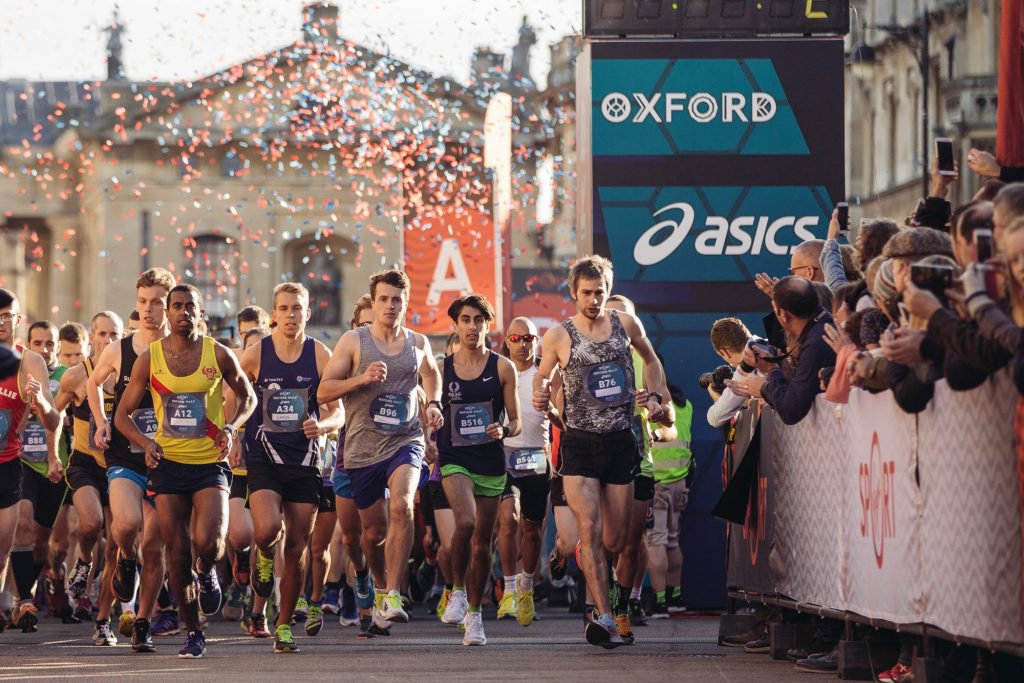 Oxford was cool and sunny on Sunday morning. There was a very slight breeze, although nothing to cause any worries, and while the temperature felt a tiny bit warmer than perfect in the sunshine, the conditions were still very good. I lined up at the front of pen C, just behind the faster club athletes, and focussed on making sure I didn’t go out too fast in the first mile.

The horn went and within seconds I was over the start line. After the initial burst of pace at the start I soon settled down in to roughly my goal pace – 6:06/mi. A small group of half a dozen other runners who seemed to be running around my pace were just ahead, so I moved on to the back of them hopeful I had found some people to work with over the next 13 miles. Through mile 1 in 6:04, right around target and feeling good. 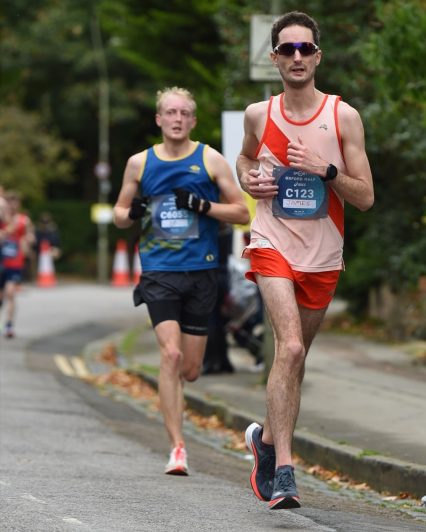 Over the course of mile 2 I realised that I was starting to run a touch faster than ideal in order to stay with the group. I still felt very comfortable and breathing was well under control, but I knew given that sub-80 was marginal based on my other times that I couldn’t afford to go too much faster than goal pace especially so early on. A glance behind me showed empty road behind me, so I was left between a rock and a hard place unsure whether the benefit of the group was worth the faster pace I was having to run at.

I missed the second mile marker, but covered 1-3 in 12:05 so was now ahead of pace by about 10 seconds. I continued to stick with the group but was increasingly wondering if I should drop back, and when I passed mile 4 in 6:02 I decided it was too risky to keep up this pace and started to drop back. Mile 5 came down to 6:12 as we went up a very slight rise to the out-and-back that marked the northern end of the course.

I was still feeling good with everything feeling well under control, but I was disheartened to find myself running alone with the group ahead of me gradually easing away. I knuckled down though and just tried to keep a steady effort and stay positive. The course headed out to Marston at this point which made for a quieter few miles as I passed 6 and 7 in 6:08 and 6:07. 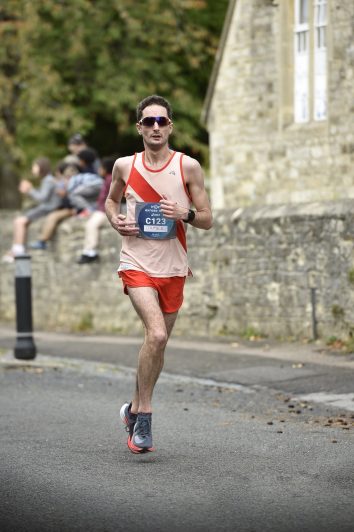 As we began making our way back from Marston the slight buffer I had built over those fast first miles had evaporated and my race predictor field showed I was behind target, albeit only by a second, for the first time. I was definitely having to work harder now, and I knew that sub-80 was now looking pretty unlikely. I briefly felt a bit disheartened, before I reminded myself that I was still on for a massive PB even if the sub-80 goal did slip away. Indeed I had just passed 10K in 37:40 which until three weeks ago would have been a PB!

Having resolved to keep pushing I tried to just concentrate on keeping the pace up, and kept up a consistent 6:10, 6:09: 6:10, 6:11 for miles 8, 9, 10 and 11 as we weaved our way back towards Oxford city centre. We entered University Parks which looked beautiful when I had wandered around it yesterday, but now looked rather more grim as the effort required to keep up the pace I wanted really started to bite. 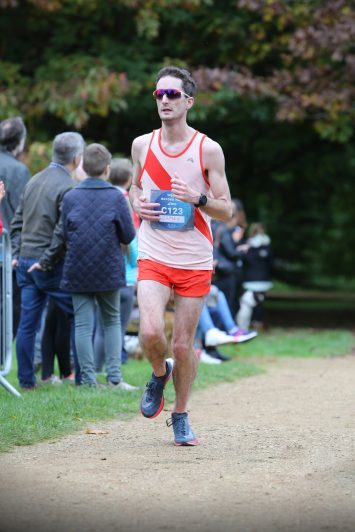 It felt like the gravel paths were sucking all my energy away, and I cursed every turn as we weaved around the park. Every time I took a corner the effort to accelerate out of it felt harder, but I knew the finish line was coming and that I just had to keep pushing for another ten minutes. Mile 12 around the park was my slowest, but at 6:20 it was only 14 seconds shy of my goal pace, so far from terrible and much better than some of the drop-offs I’ve had at the end of half marathons.

The crowds were building for the final mile and the cheers really helped keep me going. I was starting to feel very tired and a tiny bit lightheaded but just willed my body to keep going. Unfortunately, there were yet more twists and turns and after rounding every corner I hoped to see the finish line, only to be disappointed. However, we eventually turned on to Parks Road and I saw the finish line just ahead. I willed every last ounce of energy in to my legs and passed a few people as I sprinted as fast as I could towards the line. I covered the final 1.1 in 6:46, hitting 5:28/mi at the end according to Strava.

I felt quite unsteady on my feet as I slowed to a walk so grabbed a railing and caught my breath before I’d even had a chance to look at my finish time. After I had gathered myself I looked down and was delighted to see 1:20:30 on the screen. While not quite the 1:19:59 I was hoping for, it is still a massive 3 minute PB and means I’ve taken over 6 minutes off my half marathon time this year!

Looking back, I think it’s clear I paid for those early fast miles, but given the same circumstances I’m not sure I’d have done anything differently as being with a group makes a huge difference and it was worth at least trying to stay with them. On another day if it was slightly cooler and I found a group running my desired pace I think I might have been able to trouble 80 minutes. But I still come away from Oxford very satisfied with my performance.

I was also very pleased with the better mental toughness I showed towards the end. In previous races under similar situations where I have started to struggle and my “A” goal has slipped away I’ve somewhat given up and resigned myself to a slower time. This time I kept pushing on as hard as I could and didn’t waste any time on negative thoughts. Hopefully I can carry this over to my next marathon, where psychological resilience in the final six miles is key to a good time.

My improvements over the past year have been pretty amazing. Over a minute off my 5K PB, two minutes off my 10K PB, six minutes off my half-marathon, and five minutes off my marathon – although I am surely in faster marathon shape now than when I ran Brighton. The high mileage training I have been doing for the past two years is clearly working very well, and the fact I am still making quite big leaps makes me hopeful I still have plenty more improvement to come. I am very excited to build off this fitness with another big block of marathon training, to hopefully put in a great performance at my first London Marathon in April.

But I don’t want to get ahead of myself. I still have the Great South Run in a little under two weeks. I’ve got to keep the fitness ticking over for that, where I am hoping I might be able to dip under 60 minutes if the conditions are good. I am then planning on taking a week off running entirely to give the body a bit of a break, before I start thinking about how I can hopefully make 2018 as successful as 2017 has been for my running… 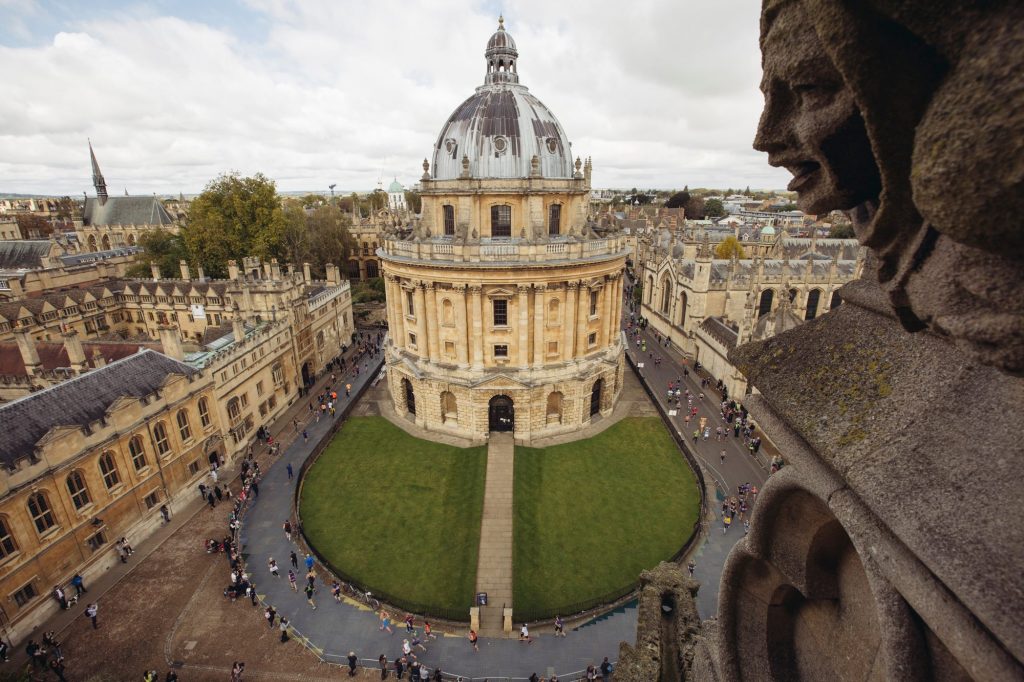