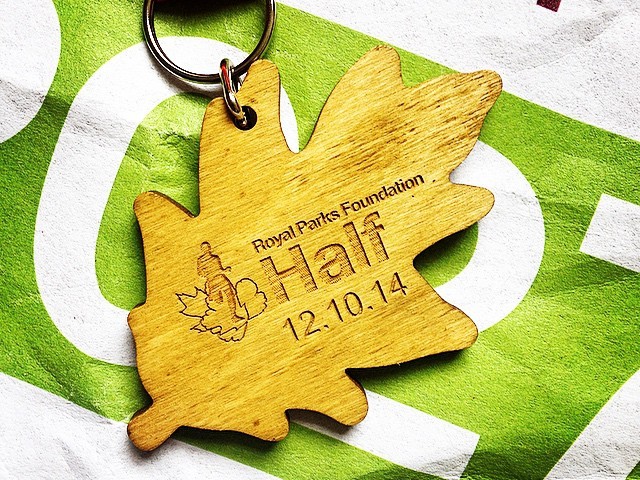 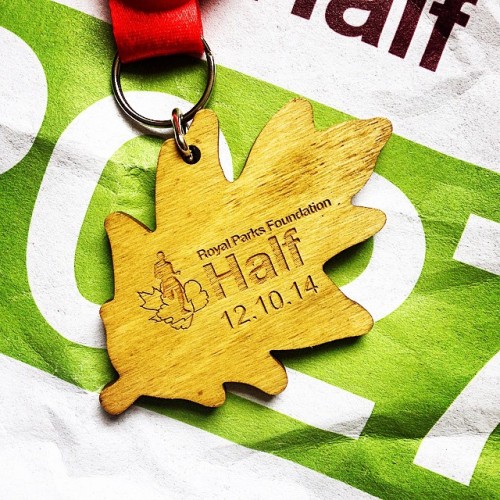 I haven’t had much luck with half marathons since my first one at the same race two years ago when I smashed my 1:50:00 target with 1:45:15. Berlin in April 2013 was spoiled by an achilles injury I shouldn’t have even ran on, and I had to pull out of the Bristol HM in September 2013 due to an ankle injury.

Having learned my lesson regarding injury and building milage too quickly, this year has gone a lot better but unfortunately my last HM at Hackney in June was the first really warm day of the year which I didn’t cope well with and I came away with a disappointing 1:44:35. Today then was time to take a proper chunk out of my PB.

The weather couldn’t have been more perfect, cool and overcast with barely any wind. Despite leaving plenty of time to arrive I managed to pick the slowest baggage drop queue (the others were literally moving twice as fast) and finally got my bag dropped off about two minutes before the start. I dashed to my funnel and managed to make my way reasonably far forward. Not quite the start I’d have planned but all ok.

I started out a little fast, with the mile markers being poorly placed making my splits a bit all over the place – in hindsight I probably paid for this later on. The middle section ticked away fine although my HR was a little higher than it should have been for the pace, and I passed 10k in 45:00 – back in May that was my PB time, but I still felt ok. Crowds were great through the park, lots of people shouting your name and urging you on which always helps keep your focus.

From ten miles onwards my legs really started to complain. I dug in, repeating Steve Way’s phrase “don’t be shit” over and over in my head, and managed to keep going with just a slight drop in pace. My left calf almost began to cramp at 12 miles, but thankfully I ran through it and it didn’t come to anything.

The last 800m felt like they’d never end – my legs felt gone at this point and I felt like I was doing 10:00 min/mile pace, although the Garmin shows I was till managing 7:30 pace. Definitely no sprint finish in me, but I made it across the line in 1:35:44. Not quite the 1:35 dead I was aiming for, but still nine minutes off my PB so I’m pretty pleased. At last, two years later, another good HM performance.

I think my training was definitely lacking more long tempo runs, and more race pace during long runs – I think with a bit more of that those 44 seconds would have been mine. We’ll see how marathon training goes – hopefully that will really help with the legs in the final miles.